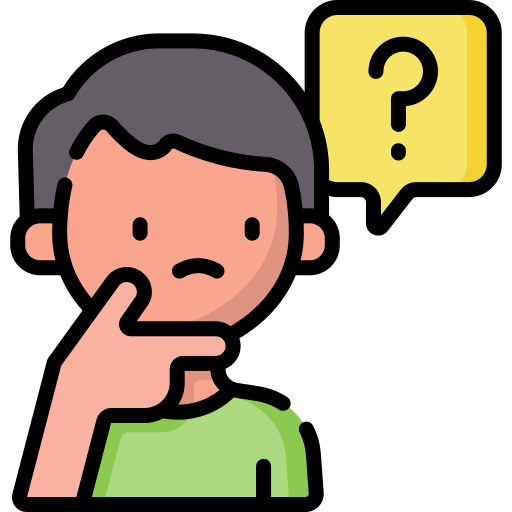 Scandium is the first transition metal, first found in the late eighteenth century and the 36th most abundant element in the Earth's crust.


Scandium is the 21st element in the periodic table of elements, and the first transition metal element. Scandium is known to be a silver and white solid metal that is soft in nature, very light, and resembles aluminum. Here, let's find out 10 interesting facts related to this special element! 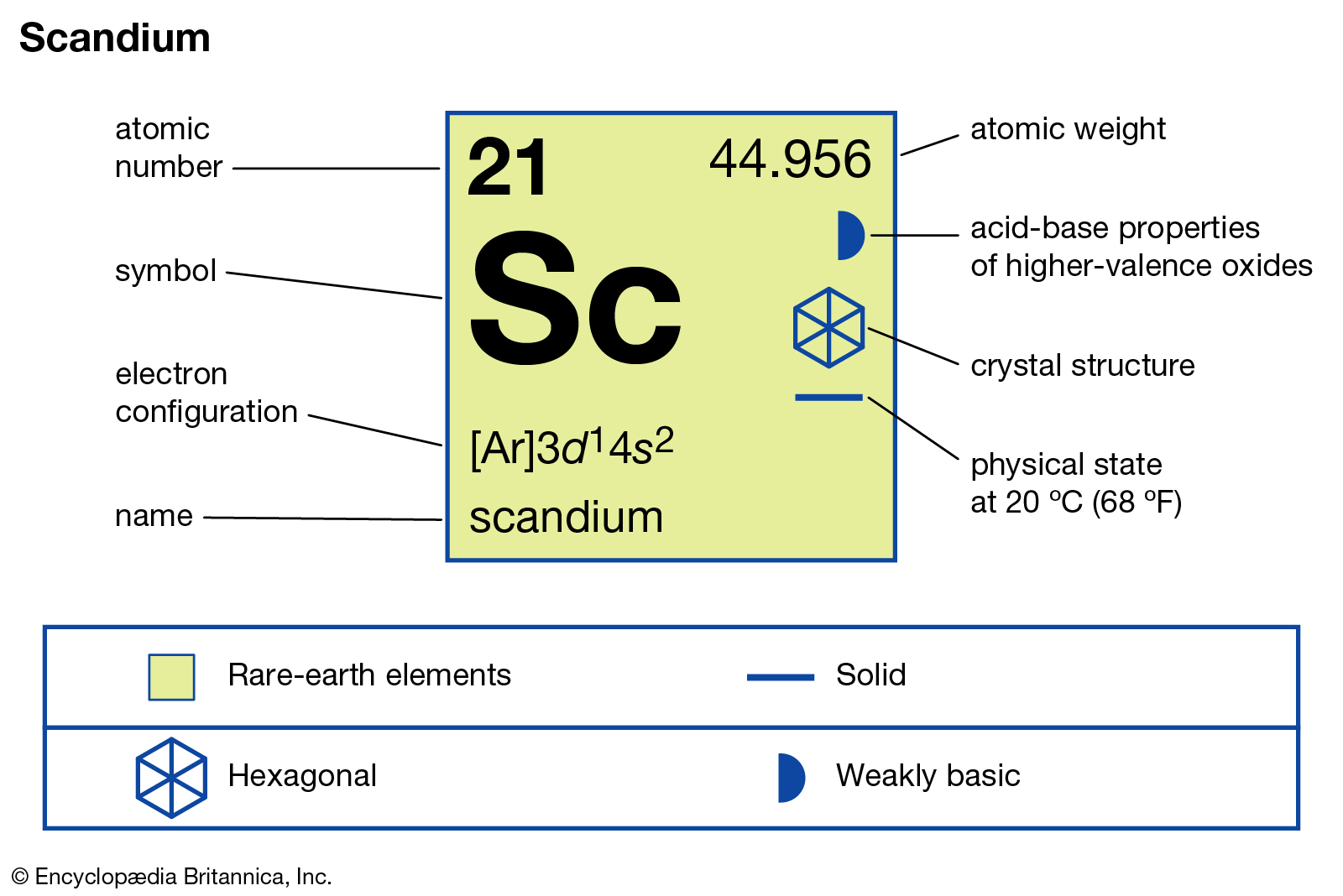 1. Dmitri Mendeleev, the father of the periodic table of elements, predicted the presence of a new element with an atomic mass between 40 and 48 in 1869. He made this prediction because there was a distance between the atomic mass of calcium and titanium. He named it ekaboron which means similar to Boron. 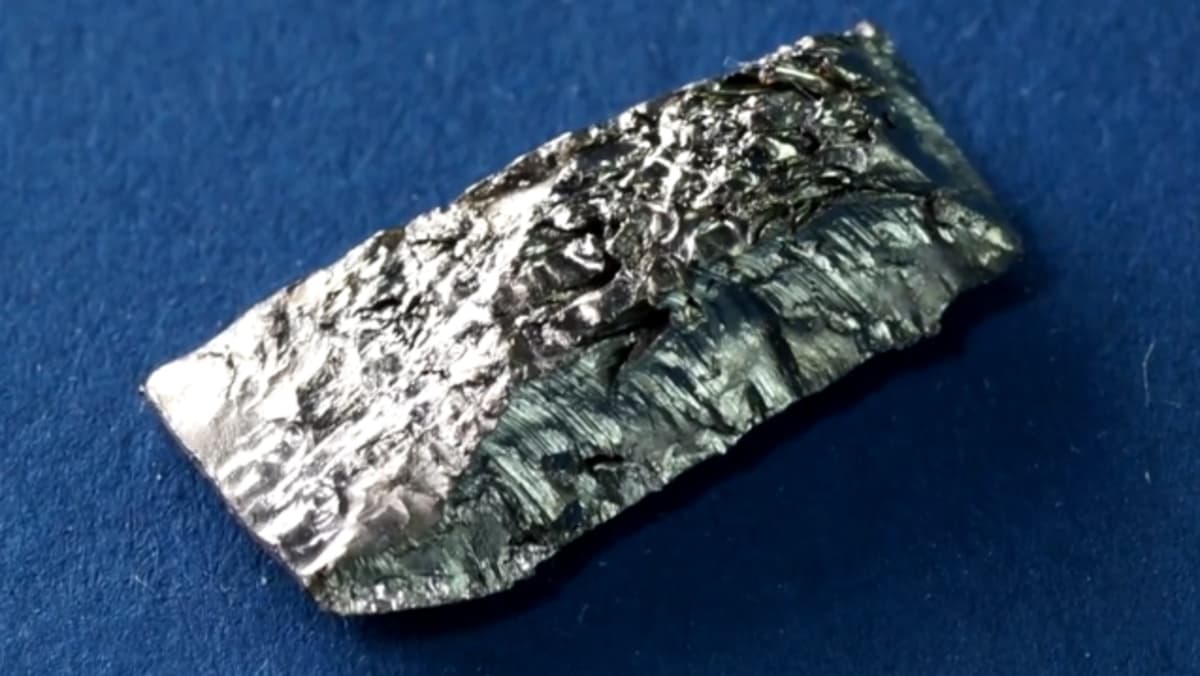 2. Scandium was discovered in 1879 by Lars Fredrik Nilson, who named it Scandinavia because the element appeared in rare minerals found there.

3. Scandium is more abundant on the moon and sun than on Earth. On Earth, scandium tends to spread thinly on the surface rather than concentrated in any given location.

4. Scadium has no role in biology and the average person eats less than 0.1 micrograms per day with no effects on health. 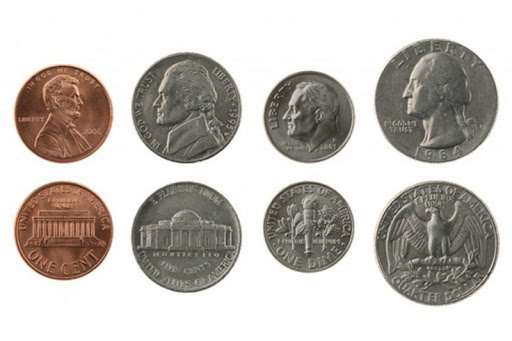 6. Scandium is also used in alkaline batteries as a catalyst and to improve the germination of plant seeds. 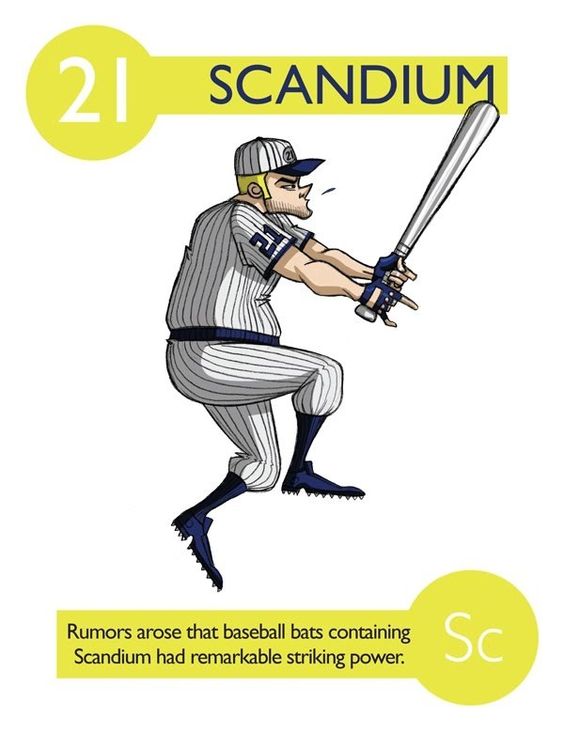 8. The scandium impurity that gives off the blue color makes many types of beryl known as aquamarine gemstones.

9. Scandium-46 is a radioactive isotope that is used as a tracer to detect leaks in underground pipes. It is also used in oil refining for process monitoring.