Beryllium is the lightest alkaline earth metal. Beryllium is found in precious stones such as emeralds and aquamarine. Beryllium and its compounds are both carcinogenic.


Beryllium is the element in the fourth cell of the periodic system table. The lightest of all known alkaline earth metals. Beryllium is found in rare and valuable stones such as emerald, morganite and aquamarine. Beryllium and beryllium compounds are toxic but have many important applications in the aerospace, defense, healthcare, nuclear and telecommunications industries. 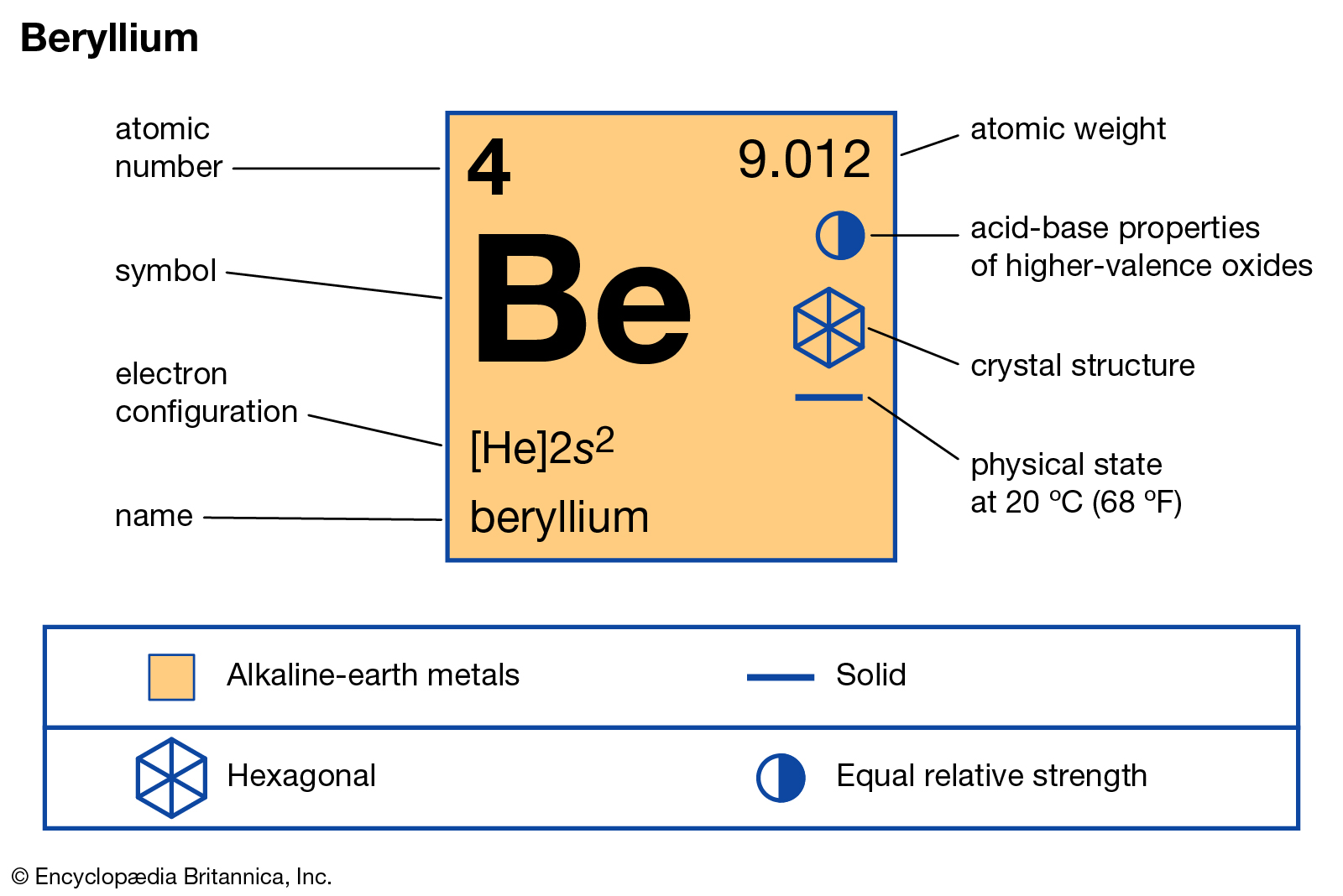 The position of beryllium in the periodic table of elements.

1. Named after “beryllos”, the Greek name for the mineral beryl, the element was originally known as “glucinium” – from the Greek “glykys”, meaning “sweet” – to reflect its characteristic taste. However, the chemists who discovered this unique property of beryllium also found that it is in fact highly toxic and should therefore never be tasted.

3. Though Beryllium is a relatively soft metal, it is actually hard and at room temperature, it is a brittle element.

4. Beryllium is not at all magnetic. It is because of this property that radar systems and radios are fine-tuned using this metal.

6. Pure beryl crystals are colorless, but the inclusion of other elements in beryl creates colorful, valuable gemstones. Emerald, morganite and aquamarine are precious forms of beryl.

7. Beryllium is used in nuclear as neutron moderators and reflectors.

8. Too much exposure to beryllium can cause a lung disease called berylliosis.

9. There are trace amounts in the atmosphere and in sea water, with slightly higher concentration found in streams.

10. Beryllium is present in over 100 minerals, but is difficult to extract. 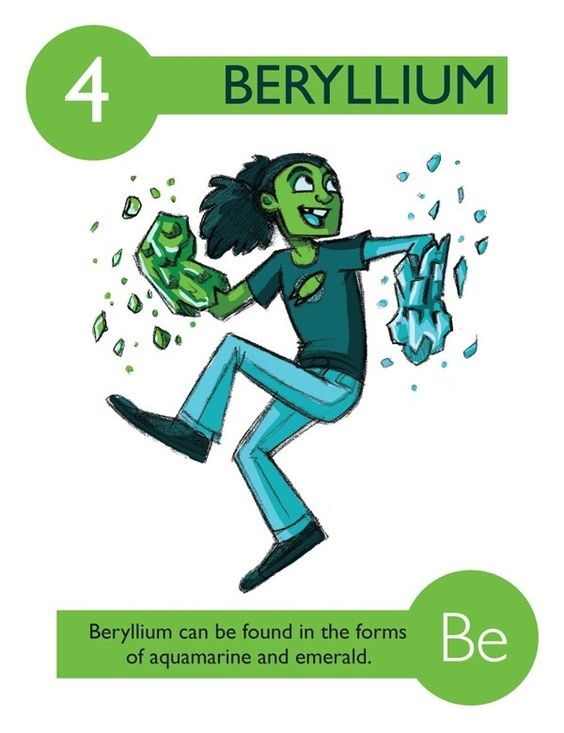